The latest reports from the local chapters.

This month’s column highlights the Greater Phoenix Chapter in the Phoenix, Arizona, area.

The Greater Phoenix chapter was revived in late 2018 after being largely dormant over the past few years. It has also undergone some leadership changes. As the former president, Stephen Chavez has taken on a more active global role at the executive level of the IPC Executive DC Board as the communications officer at large. He will stay on the leadership committee for the Greater Phoenix Chapter as vice president at the request of newly elected president Randy Kumagai. They are brainstorming ways to kickstart the chapter’s activity in 2019.

“I am pleased to have been elected as the new president of the Greater Phoenix IPC Designers Council. I have been involved with rigid and flex PCBs for over 25 years. As the president and owner of Silver Mountain Design, a manufacturer’s rep company, we have represented companies in the past such as Minco, Advanced Quick Circuits, Tyco Printed Circuits, and TTM. Currently, we represent Summit Interconnect and Flexible Circuit Technologies. We have offices in Phoenix and Tucson. The mission of the DC is to facilitate the orderly exchange of design concepts concerning printed boards and related technologies. I will support this on a local level, providing design-related events, programs, and communications with the help of our other officers, Stephen and Tom, and the resurgence of Dave back into the mix. I am very excited to work with them to get this chapter active again and work with other active global DC chapters.”

To contact Randy, email This email address is being protected from spambots. You need JavaScript enabled to view it.. 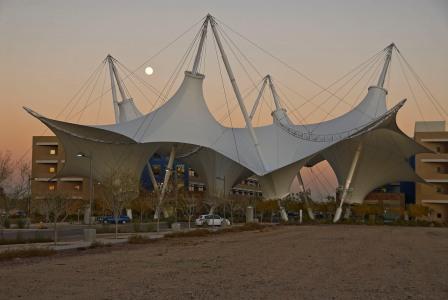 History. The Greater Phoenix Chapter has been in existence for over 20 years. One of the former presidents still has his membership card from 1997, when they used to meet at Motorola on Scottsdale Road and McDowell. More recently, meetings have typically been held every quarter at the ASU SkySong, located in Scottsdale (FIGURE 1). Like many of the other global chapters, this one started with a small group of designers many years ago, with past leaders such as Cyrus Ringle, Dave Baldwin (who will rejoin the leadership team, as mentioned), Jim Gazia, and Paul Fleming (who was also a former president and recent VP). At its peak, the chapter had meetings with 20 to 30 regularly attending members and an executive board consisting of roughly six members (FIGURES 2 and 3). We have had many great speakers and presenters over the years, including Dieter Bergman, Gary Ferrari and Rick Hartley. We’ve also had many industry PCB design tool vendors attend, present and sponsor meetings, such as Mentor, Cadence and Altium, as well as several local and global suppliers.

After the economy went downhill, for several years, this chapter saw its attendance slowly drop to a point where we had more chapter leadership members and sponsoring suppliers in attendance at quarterly meetings than general members. As chapter leadership roles decreased and changed from one person to another, each executive member gave more than 110% effort to jumpstart chapter activity. 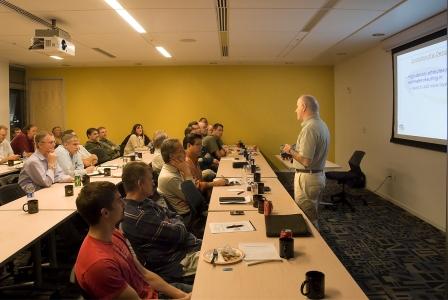 In late 2017, the remaining four-member executive leadership team decided to take a break and allow the chapter to lay dormant due to the overall lack of attendance. The core chapter leadership team met regularly, however. At these regular meetings, we continued to collaborate and looked to find others willing to be part of the chapter’s executive board and step up to an active role in the chapter.

In late 2018, Paul introduced Randy to the executive team. After several follow-up meetings, he agreed to take up the reins as the chapter president. Randy was voted in, and it was finally decided it was time to get busy again getting this chapter back on its feet.

The future. The future looks bright for this chapter. We have several major tool vendors and local and global suppliers already primed to sponsor our meetings. Under Mike Creeden’s leadership, San Diego PCB has agreed to be actively involved by hosting chapter meetings at its satellite office in Chandler. This is something this chapter has never had: a regular home to host meetings.

As 2019 unfolds, we hope to take advantage of all the opportunities that present themselves, such as coming together, learning and networking. We, like many other chapters, would like to have more people participate in the Arizona area: current designers, engineers, manufacturers, software vendors, and those interested in PCB design. Arizona has become a great melting pot of engineering! If you’re ever in our area, please look us up, and hopefully, you can time it right to attend one of our meetings. Our 2019 meetings schedule has not been finalized yet but will soon be published through LinkedIn since we don’t have a chapter website at this time. Always feel free to reach out to me as well. We’d love for you to visit or join our chapter! 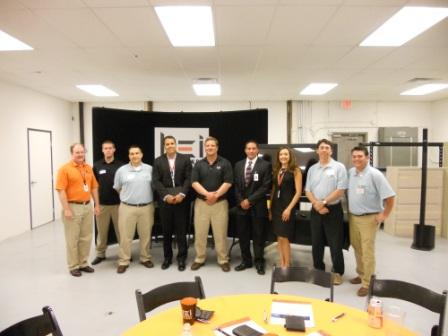