North American Printed Circuit Board Sales Up 15% YoY in August

BANNOCKBURN, IL — The 90-day moving average shipments of printed circuit boards by North American fabricators in August rose 15.1% from a year ago. 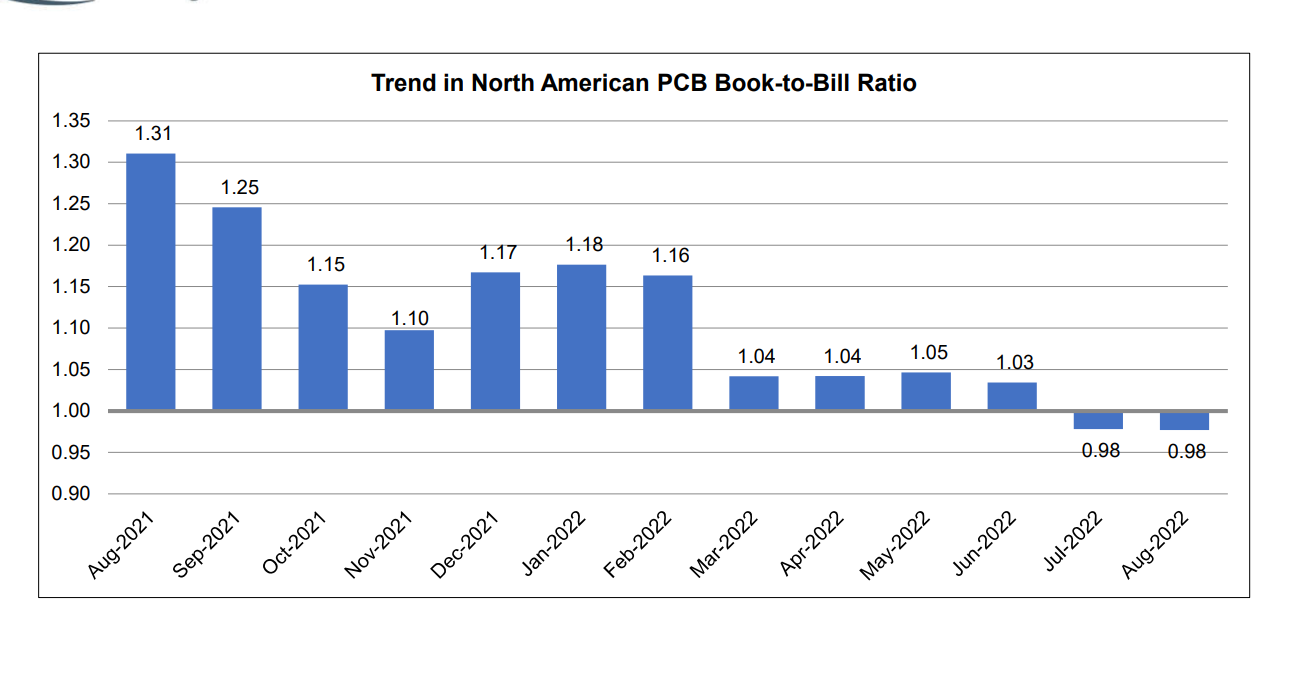 The book-to-bill ratio for the month was 0.98, flat sequentially and below the benchmark 1.0 level indicating future growth. The ratio is calculated by dividing the value of orders booked over the past three months by the value of sales billed during the same period from companies in IPC’s survey sample.