Apex Was Live Again. We Should Be Thankful for That.

The annual trade show was slow by historical standards but attendees were pleased to be there.

The annual IPC Apex Expo trade show, traditionally the largest assembly show in the US, was more “expo” than “apex” when it resumed as a live event in San Diego in late January. Traffic was certainly lower than typical, and notably quiet at times. See what Covid hath wrought.

Several suppliers decided not to bring equipment. Some others cut back on the number of machines they brought. Many exhibitors reduced their employee headcount as well, leaving those East of the Mississippi at home and counting on their West Coast staff to carry the load.

Apex remains primarily an assembly equipment and materials trade show. The message from several SMT line vendors is Covid has led to diversification to North America from China, as companies can’t afford long lead times and face pressure to keep the IP of sensitive products in the West. 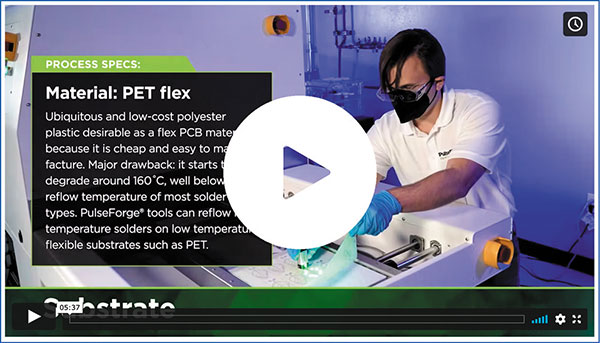 Another trend cited is toward turnkey SMT line solutions.

The show’s highlights – and there were a few – were less about what’s possible now and more about what might be mainstream in a few years.

Rogers’ new 3-D-printed dielectric material, called Radix, was getting buzz, so much so even some of its competitors were mentioning it. The proprietary composite materials are for RF applications where physical constraints are a factor. The system shown at Apex has a targeted Dk of 2.8 and a Df of 0.0043 at 10GHz when cured.

Likewise, PulseForge did not have one of its pulsed-light curing (read: photonic) soldering machines on the floor, but the videos demonstrated how it can solder on almost any surface, such as paper, plastic or fabrics, and is really, really, really fast. Think Star Trek warp speed fast. Because all parts on the board are soldered at once, the traditional solder oven profile is eliminated. A company video showed an inline SMT configuration featuring an ESE printer, Hanwha placement machine, and the PulseForge Digital Thermal Processing unit. The soldering process of a 12-up panel of very thin Arlon PET material with 0201 LEDs and resistors took less than 10 seconds, and working samples were available in the booth.

Covid’s impact on attendance was notable.

Other advances, in alpha order, included the following. Note that because of the number of booths, visiting every company is impossible and as such some newsworthy technologies are inevitably omitted.

ASM demoed its latest TQ printer and the Command Center factory floor control monitor, which can be thought of as a cockpit that shows the status of all individual lines.

Asys touted its Serio 6000 printer, claimed to be the first fully automatic printer. The system offers automation in stages, whereby squeegees and stencils can be set up asynchronously, and tools for the next product cycle can be stored directly on the printer and automatically installed as needed. Even setup can be performed autonomously via a Cobot. 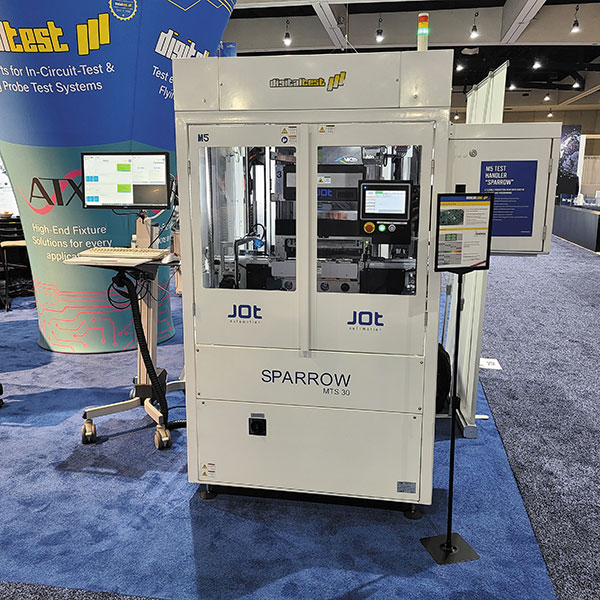 Digitaltest’s Sparrow M5 is an ICT tester inside a JOT Automation handler.

Digitaltest/JOT Automation have teamed on the new Sparrow M5, an ICT tester inside a handler.

Although it debuted at the end of 2020, this was the first time we saw ECD’s SelectiveRIDER, a selective solder version that fills out its portfolio of soldering profilers. The SuperM.O.L.E Gold 2 sits atop a pallet and captures data on fountain height and diameter, fountain X/Y accuracy, solder temperature, flux penetration and more.

Inovaxe showed a new feeder rack for the SREX 1B component storage system. It also has a handheld mobile scanner.

ITW has several new models, including a printer and dispenser “coming this year.” We did get a demo of the Edison ACT II printer, which was on the floor but is not yet set for release, and a quick rundown of the new tilt axis feature coming on the Prodigy dispenser.

KIC is pushing integration of its reflow profiler’s connectivity with CFX and Hermes standards. It has created an API package for its semiconductor packaging users. Next up is a vacuum reflow profiler.

MacDermid was one of the few materials firms with advances to discuss. Its Affinity Gold 3.0 is a hybrid plating system that enables fabricators to plate any gold thickness required over nickel-palladium without the corrosion that occurs with normal immersion gold. The process is suited to fabricators looking to run ENIG and ENEPIG in a single-line configuration. On the Alpha side, HRL3 is a new low-temperature solder sphere alloy designed for BGA, CSP and wafer-bumping applications. The lead-free alloy (Alpha is not publicizing the composition) has a melting point of 145°C and is said to be best-in-class for thermal cycle reliability and drop shock. 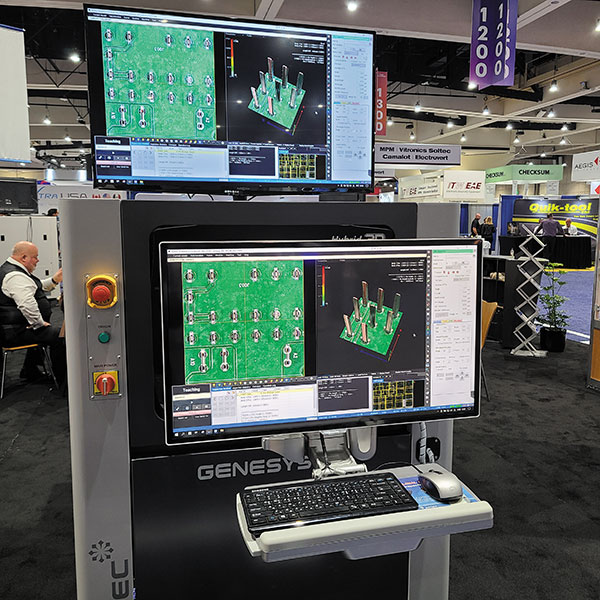 Mirtec is capitalizing on the automotive demand with its Genesys-Pin AOI, which inspects up to 50mm-tall connectors and detects missing and forked connector pins.

Mycronic has a new high-speed valve on its MYD10 dispenser. The jet printer has new software with AI auto-polarity recognition.

Nano Dimension is opening a new lab and demo office in Waltham, MA. The company, which acquired SMT equipment maker Essemtec last year, is aggressively expanding and hiring as it brings its additive manufacturing message to the masses.

IGEPIG (immersion gold/electroless palladium/immersion gold) is the next generation of final finish material. It has no palladium activators and nickel (so no black pad) and is said to be higher reliability than ENIG or ENEPIG, with lower signal loss than the former and superior fine pattern ability. While only available in Japan at present, Uyemura is so high on its possibilities, it thinks in five years this finish will “dominate.” 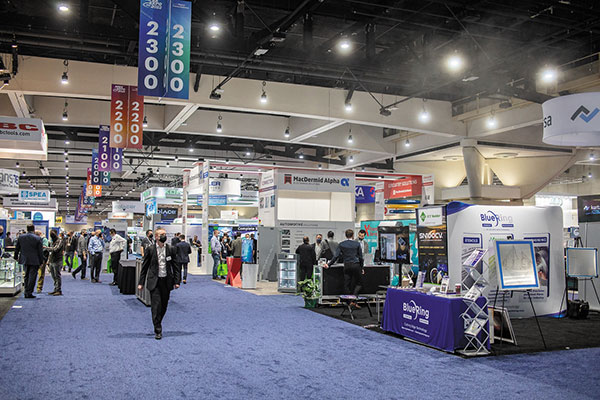 Viscom demonstrated its iX7059 3-D automated x-ray (AXI) for high-density and double-sided PCB assemblies. Curiously, the IPC New Products showcase touted the iX7059 XL, a large board version of the machine, but the model on the floor was the iX7059.

Zestron is expanding its lab in Taiwan. It sees a “tremendous” amount of activity in Mexico, so much so, it expects another double-digit growth year in North America.

MIKE BUETOW is president of PCEA; This email address is being protected from spambots. You need JavaScript enabled to view it..