Advancement in model-based system engineering was one of many highlights at the Zuken Innovation World conference in San Diego.

In April Zuken ushered in its 2018 user conferences on Coronado Island, its only stop in North America, one of 10 globally. Zuken Innovation World included a new theater-in-the-round-style Q&A, four tracks of educational sessions — including updates on its CR-8000 PCB design software — and an informative keynote on model-based systems engineering (MBSE). Enrique Krajmalnik, chief technology officer of No Magic, enlightened conference attendees on interdisciplinary MBSE, the design and management of whole complex systems. It identifies goals and acts as the customer’s voice, he said.

MBSE is used in industries such as military and defense, consumer electronics, and automotive.

Krajmalnik stressed the growing complexity of systems. “In 2014, the Mercedes S-Class had 65 million lines of code,” Krajmalnik said. “In 2018, cars will have 100 million lines of code.” While weapons are the most complex system, “consumer electronics drives changes in military and automotive.” He added, “LinkedIn updates its app every 30 days.

“The first space shuttle had 16k of memory. We are way exceeding that in our phones today.”

MBSE is the future of systems engineering, Krajmalnik asserts. The idea was to write a language that addressed systems engineering needs.” This disciplined approach resulted in the standard language SysML. From its debut 10 years ago, it has become a common approach to represent systems.

SysML “can validate and verify at different stages of a lifecycle. It can transform models into dynamic models that do something for us,” Krajmalnik said. “It provides a central architecture similar to a blueprint for a house.”

This so-called paradigm shift is “putting innovation back in the hands of engineers,” resulting in “fewer errors later in the process.” SysML v. 2, released this past December, “improves interoperability, enhances usability,” and provides “better consistency among language concepts.”

As systems engineers, the “decisions we make allow us to build successful systems,” he said. “We can have specific systems simulated in other environments and bring the results back. “MBSE simplifies complexity. The future is in assisted design. It is not a silver bullet; it is a source of knowledge,” Krajmalnik said. “For early adopters, reusability is now a reality.”

Adoption was clearly on the menu at ZIW. During the welcome session, Bob Potock, Zuken USA’s vice president of marketing, called MBSE a “hot topic,” and CEO Kent McLeroth said Zuken is “working diligently on an initiative to connect the systems engineering world to the detail designer engineering world.” 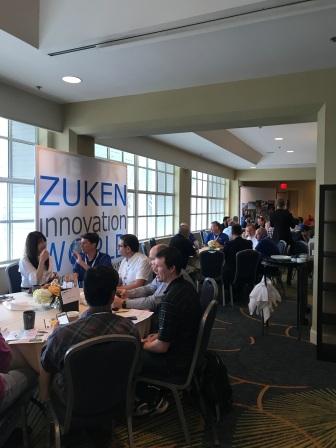 Zuken, he said, helps close the gap through architecture design tools that “can serve as a bridge.” And in doing so, the CAD company is redefining the customer experience, he added. And it shows, based on what conference attendees, including veteran PCB designer Linda Byers, had to say. “I prefer Zuken,” she said. “Their tech support is excellent.” Will the approach win out? In the company’s fiscal third quarter, sales were up 13%, and are up 8% for  its fiscal year to date.

But while Zuken is commonplace in Asia, penetration in North America remains tricky. The firm is looking to grow from below by finding young minds to fill the seats boomers are leaving behind. The company is currently working with a dozen or so universities and sets as a goal building relationships with more of them. “We should be in all universities,” McLeroth said. Zuken staff encouraged users to get involved with the company’s new online Zuken Community, a place for useful content, including videos and collaborative opportunities. 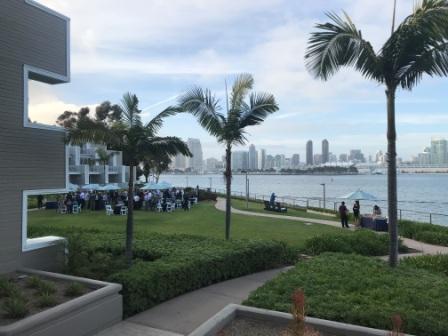 Figure 2. Coronado is a well-loved site for Zuken Innovation World.

As expected, Zuken highlighted a number of product updates and announcements. More than 150 improvements were made to the 2018 version of CR-8000, the firm’s flagship PCB design suite, most around the user experience.

The product planning tools inside CR-8000 have been tightened, reported Steve Watt, senior application engineering. System Planner reviews layouts by “making use of circuit information.” Users can drag the bill of materials into the tool.

It’s possible to check the status of the original Design Gateway schematic to see if something has been modified, he said. Designers can “sync back to the system-level schematic,” providing a “collaboration space between design and planning spaces.”

With Design Gateway, there’s been a “movement to integrate tools in Design Force,” Watt said. “The constraint browser can be used with both tools.” Users can “access rule files from CR-8000 in Design Force” and apply and populate them. With multiple new sheets, he added, it’s clear who is working on what.

“Design variations” are at the “schematic level.” Users can “search text on all sheets.” The rotate command “corrects orientation automatically.” In Design Force, “simplified track snapping is in place.” An intelligent router can be used to finish a trace. The bundle route has been updated to maintain trace widths and spacing. And a “big” update, Watt said, is users “can move traces with components. Trace ends go with [them] now.”

He continued, “Support for sequential placement of components is super handy for quickly placing components on a board.” Improvements have been made to the object filter function. You “can set conditions across many objects and save them.”

There’s “support for reference dialog in CLUI” and an “enhanced mouse customization function.” Users can “create differential pairs from the canvas” on the fly with a right click, and “nuanced” items can be tweaked, including custom grid color, grid size, and scale color. Users can also select fonts and sizes for signal names.

IDX is supported, and there is support for design variations in IPC-2581.

“Pin marks can be displayed while a component is being dragged,” said Sandy Jones, director of customer support, in her annual CR-8000 Tips and Tricks discussion. In Board Designer, “groups are defined with members, and design rule stacks are defined to each group.” 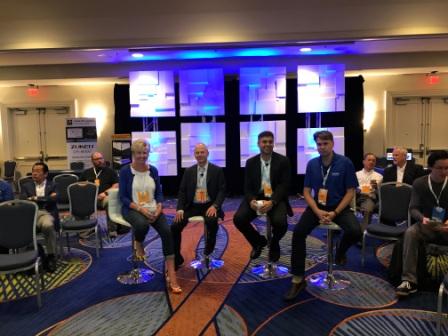 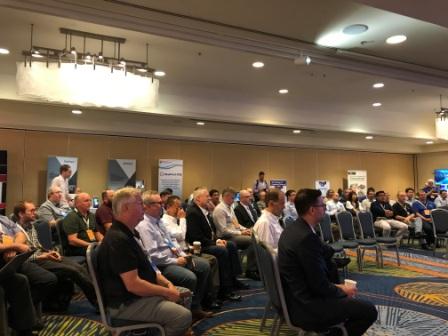 Figure 4. The Zuken 360 Q & A session is new to Zuken Innovation World.

New to Design Gateway, users can “insert a schematic sheet by shifting sheets or overwriting a sheet that exists. Design Force 2017 has improved the offset via function by adding efficiency in pulling out tracks from vias, creating BGA designs and buildup designs. Automating the BGA fanout process in Dragon Ex “will save tons of time,” Jones said, and pin pairs can be created for the whole design using a one-step macro.

A local library can be created from Design Force data, which are available through an engineering desktop. Ed Duranty, solutions architect, shared where users can find Design Force administration documentation. He joked, “Not on Google.” He pointed attendees to Zuken Global Support for system requirements, a software status search, and “my updates.”

He suggested using Design Force help and his “super-secret place,” the Design Force install directory. He called Zuken Community “the newest, greatest thing,” and said Design Force can be used to set rule priority. “Environment variables are controllable. This is next level.”

Zuken took other aspects of the conference to the next level as well, with six stations at its Expert Bar and a virtual reality experience deep inside a car. McLeroth called Zuken Innovation World a tension-free “family reunion.” Having attended several ZIWs, this writer concurs. The Zuken staff is always accommodating and friendly, in addition to being knowledgeable. Special thanks to Amy Clements for planning the well-organized event.

In keeping with Zuken’s plan to be on the west coast one year, and the east coast the next, Zuken Innovation World will be back in Hilton Head, SC, in 2019.

Chelsey Drysdale is senior editor at PCD&F; This email address is being protected from spambots. You need JavaScript enabled to view it..