A new survey reveals the tradeoffs designers experience in their preferred CAD tools.

Functionality, breadth of features and ease of use top what designers like most about their preferred CAD software, while cost is their biggest concern.

Those are the findings of a recent survey, undertaken by PCD&F, looking at which tools designers use – and which they prefer.

The survey was conducted from mid-October to mid-November. The survey was sent to PCD&F subscribers who indicated their job involves PCB or system design, and was  also distributed via various social media. A total of 269 surveys were completed. Survey responses were multiple-choice and closed-ended (survey takers chose from preselected responses), and the results are intended to paint an overall picture, rather than provide a thorough scientific study.

Of the 269 designers who responded to the survey, 62% indicated they were senior PCB designers, and nearly 45% of all respondents said they have over 30 years of experience in the industry, while three-quarters have more than 20 years’ experience. More than 68% work for OEMs. Respondents were not asked where they are geographically located but were likely heavily North American-centric.

From this pool of experience, it was found that Mentor Graphics, Altium and Cadence topped the list of firms that provide designers’ favorite CAD software, with Mentor’s products the most widely used.

PCD&F asked designers to name their favorite CAD software. Altium Designer received the most responses, with 27%, followed by Cadence Allegro, with 25% (FIGURE 1). (Numbers are rounded.) The third and fourth slots went to Mentor Graphics, with Xpedition receiving 17% of responses and Pads 15%. Cadence OrCad received 5% of responses, while all other CAD software garnered less than 2% of responses each. 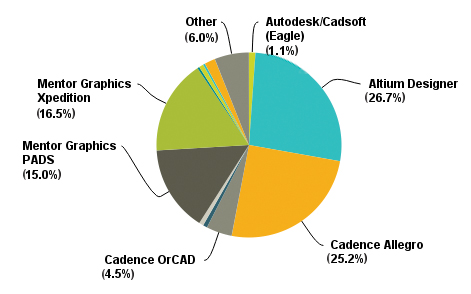 While at a glance that would suggest Altium is preferred, it also shows the survey bias toward single tool providers. Adding Cadence’s two brands together and Mentor’s two brands together paints a different picture. Allegro plus OrCad totals 30%. Xpedition coupled with Pads comes to 32%. Based on the survey, then, respondents’ top three providers were, in order, Mentor, Cadence and Altium. 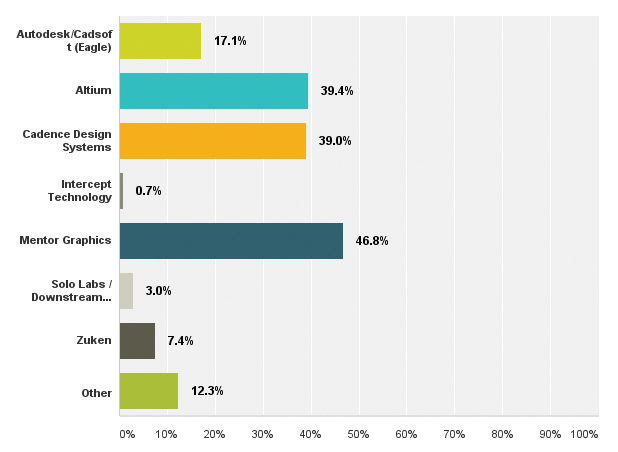 Figure 2. Vendor software used at least once in the past 12 months. 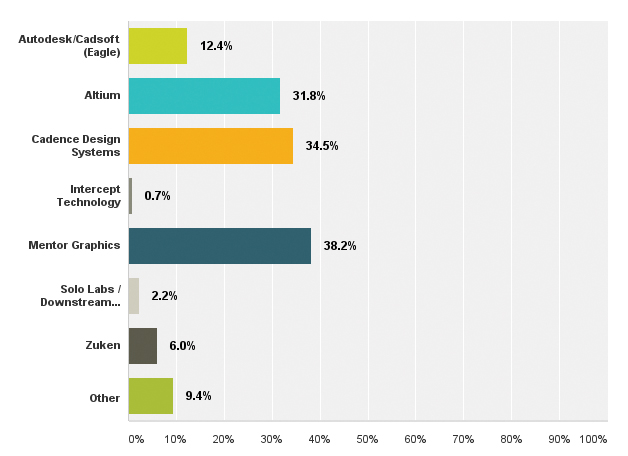 Figure 3. Vendor software used at least once a month.

Cost and compatibility. What do designers like most about their preferred CAD software? By far, functionality and breadth of features topped the list at 56% (FIGURE 4). Another 23% said their preferred CAD software is easy to use, while 6% said they like its speed best. Some 6% said it’s easy to learn. Cost was best for 5% of designers, and compatibility with other tools and collaboration capability received 2% of responses each. 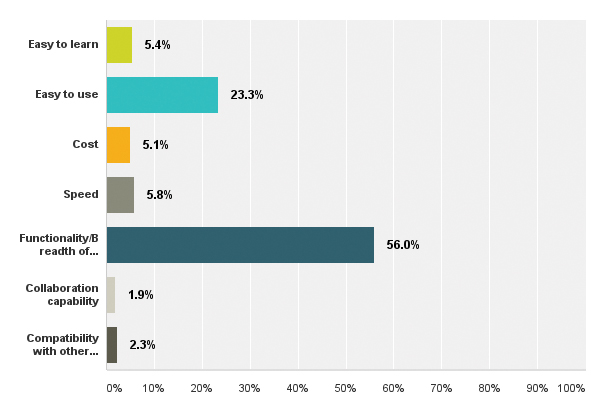 When asked what designers like least about their preferred CAD software, they overwhelmingly said cost (42%) (FIGURE 5). 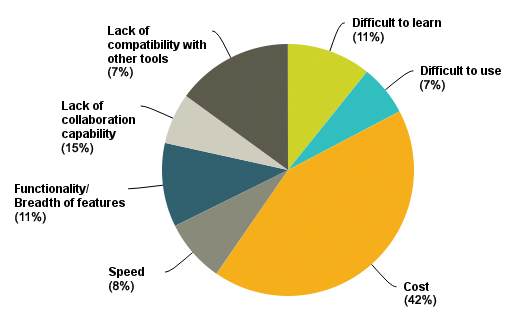 One senior designer who responded said, “I have used (Mentor) Pads for the past five years, but still like Xpedition better as a system, except the cost. Bottom line: If cost were no issue, I would love to use Xpedition all the time.”

Another 15% noted the software’s lack of compatibility with other tools. “Difficult to learn” and “functionality/breadth of features” each received 11% of responses, respectively. Eight percent said speed is their least favorite aspect of their preferred software, while 7% said lack of collaboration capability. Another 7% said it’s difficult to use.

Designers were given a series of statements and asked to check all that apply to their preferred CAD software. Nearly two-thirds said their preferred tool is “easy to use,” 10 times more indicated the software was “fast” than reported it “slow.” Here are the takeaways (numbers rounded):

Among the feedback from those surveyed was asking how many years respondents have used their preferred software, which would aid in evaluating responses for which tools they like best or least. Likewise, the tool revision level could also influence the response.

Chelsey Drysdale is senior editor at PCD&F/Circuits Assembly; This email address is being protected from spambots. You need JavaScript enabled to view it..