Rebuilt Plant in Neiderhall Better than Ever, Würth Says

NIEDERNHALL, GERMANY -- One year after the destruction of its PCB fabrication plant in Niedernhall, Würth Elektronik's rebuilt facility is up and running.

The new factory is better than the old one, the firm says, with equipment and automation updates that make it one of the most advanced in Europe.

The disastrous fire destroyed large parts of Würth’s PCB production in Niedernhall in December of 2014. Since then, a specialist team has been working feverishly on the reconstruction. A modern building at the same location is now home to attractively modern workstations and state-of-the-art machinery and equipment. 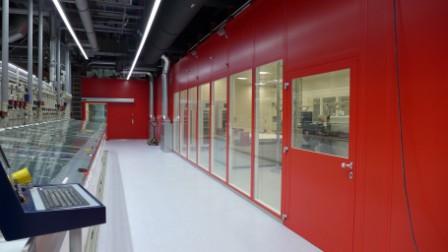 Double-sided and multilayer circuit boards are already being manufactured. The next step will be the production of more complex boards such as HDI and rigid-flex PCBs.

The plant focuses on complex rigid-flex boards. Würth attempts to maximize process reliability and reproducibility of all production steps through the use of cleanroom technology (ISO classes 4 and 5), and laser direct imaging in the photo printing and solder mask processes, and integrated spray coating equipment.