Total PCB shipments increased 0.4% in November year-over-year, and fell 5.8% from October. Year-to-date shipments are up 0.4% as well.

The book-to-bill ratio slipped below parity to 0.98, the lowest mark in over a year and down 150 basis points from its 12-month high, in August. The ratio is calculated by dividing the value of orders booked over the past three months by the value of sales billed during the same period. A ratio of more than 1.0 suggests current demand is ahead of supply, which is a positive indicator for sales growth over the next three to six months.

“Order growth recovered in November for the North American PCB industry, but negative order growth in the preceding two months pulled the book-to-bill ratio below parity for the first time in 14 months,” said Sharon Starr, IPC’s director of market research. “Strong order growth in late 2014 and in many months of 2015 have kept sales growing, although at a very slow pace,” she added. 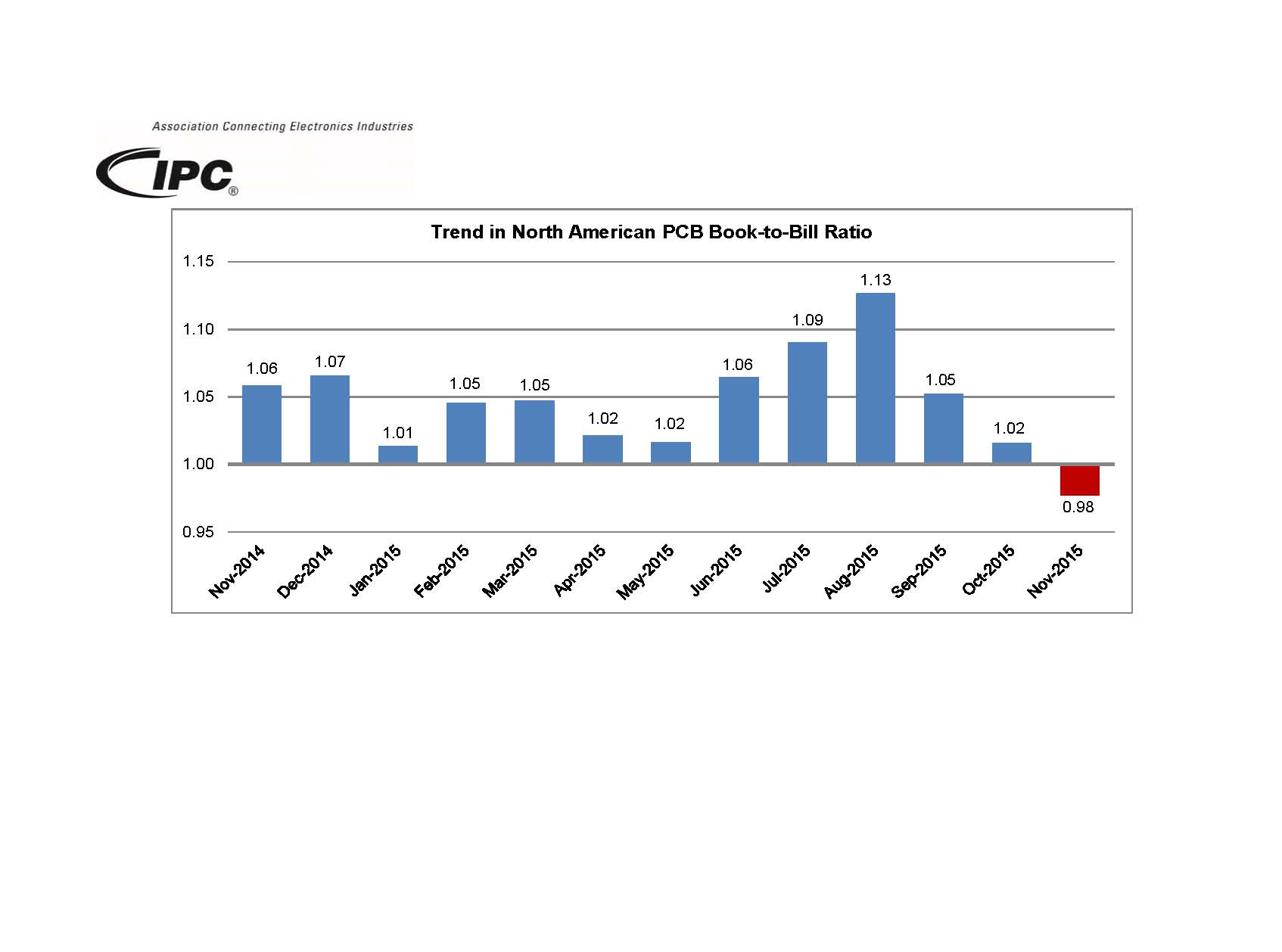